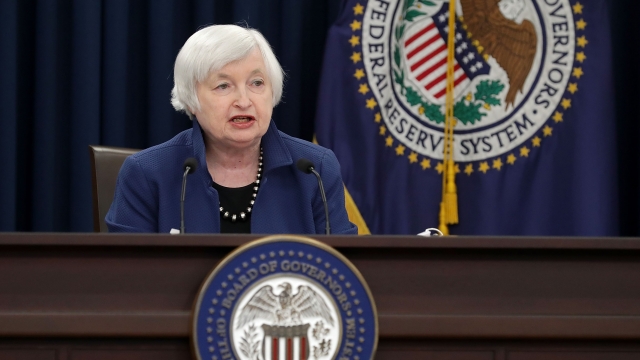 The Federal Reserve raised interest rates by a quarter of a percent Wednesday, signaling a strengthening economy.

The New York Times explains the country's central bank set the interest rate for overnight lending at a range of 0.75 percent to 1.0 percent. It had been 0.5 percent to 0.75 percent.

It's the second time in three months the Fed has raised its key interest rate.

So, what does a higher interest rate actually mean?

First, you could make more money from a savings account — assuming the economy keeps improving and the Fed continues to raise the interest rate.

Higher rates can also attract more foreign investors. That usually leads to a stronger dollar and makes it more expensive for other countries to import U.S. goods.

It also means interest on credit card debt will go up.

The Fed plans to raise rates again by a quarter point twice more this year and three times next year.

Correction: A previous version of this video misstated how many times the Fed raised interest rates since 2006. The video has been updated.