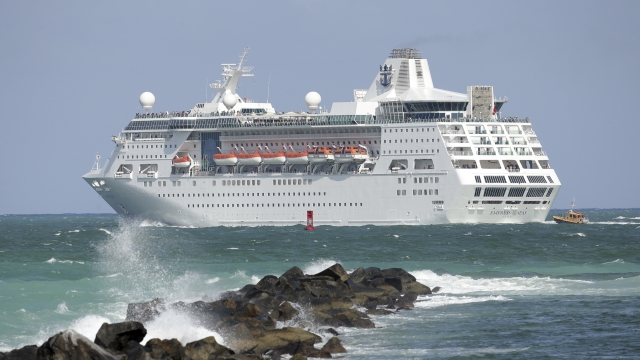 Cruise lines are about to hit the seas again in Florida after coronavirus-era no-sail orders capsized the industry.

A federal judge decided the CDC can’t enforce its rules for cruise ships in the sunshine state. The judge stating in his ruling:

“the conditional sailing order is arbitrary and capricious because the order imposes vague and shifting (but binding) legal requirements and because the order fails to offer any reasoned explanation about the inadequacy of local measures.”

Florida Gov. Ron DeSantis, who filed the suit on behalf of the state, touting victory saying in a statement "the CDC has been wrong all along, and they knew it."

Florida’s attorney general saying “ “the federal government does not, nor should it ever, have the authority to single out and lock down an entire industry indefinitely.”

The CDC did not respond to Newsy’s request for comment on the decision.

The agency’s conditional sailing orders kicked into effect Oct. 30th of last year, and were supposed to force cruise operators through a four-phase process to reopen safely:

But leaders of the cruise line industry have said the process is “anything but a clear path to restarting,” and according to the lawsuit, Florida can’t afford a slow restart.

The state says Florida’s ports have lost hundreds of millions of dollars since the start of the pandemic, and estimates the “continued closure of the cruise industry will result in an annual loss of about $82 million in sales tax revenue for the state.”

But the judge noted “COVID-19 no longer threatens the public’s health to the same extent.”