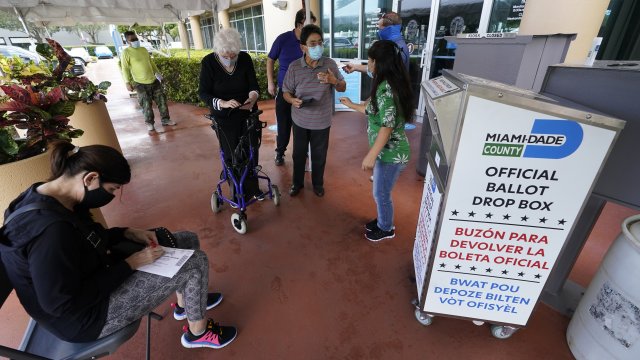 A federal judge in Florida has blocked a motion to extend the state's voter registration deadline. Online registration closed Monday night but was reopened for seven hours on Tuesday. State records show around 50,000 people signed up during that extended period. The judge said his decision was "an incredibly close call," even though he acknowledged that thousands of people may have been unable to register because they didn't have enough time to access the system. He said "preventing chaos [...] outweighs the substantial burden imposed on the right to vote."