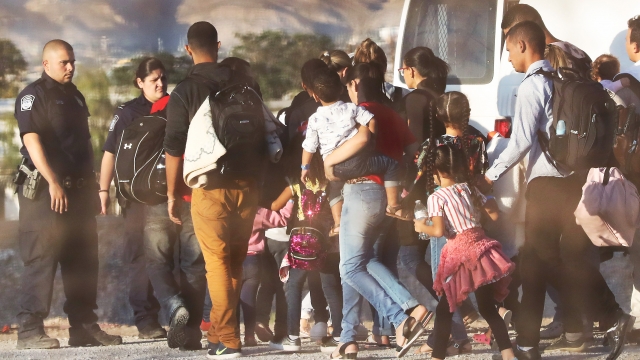 On Monday, a San Francisco judge blocked the Trump administration's asylum ban for the second time. And this time, the order is nationwide.

U.S. District Judge Jon Tigar issued the injunction that blocks President Donald Trump's plan to severely limit the number of people eligible to seek asylum. In July, the Trump administration announced it would begin denying claims for people if they traveled through another country to reach the U.S., but didn't seek asylum there first.

The Ninth Circuit Court of Appeals ruled that Tigar's injunction only applied to the states the court oversees – California and Arizona.

But on Monday, Tigar re-implemented the nationwide injunction, saying it was “necessary to give prevailing parties the relief to which they are entitled.” He's referring to organizations that provide legal advocacy and aid to asylum-seekers all across the U.S.-Mexico border.

Some people have already voiced their discontent with the decision. Acting Customs and Border Protection Commissioner Mark Morgan said the injunction is a case of "unprecedented judicial activism," but he and the department are going to "keep going."