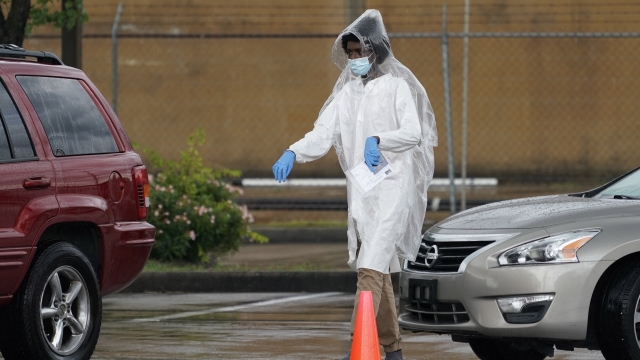 The Trump administration will end federal funding for 13 coronavirus testing sites across five states by the end of the month.

Assistant Secretary for Health Adm. Brett Giroir said the affected sites will transition from federal to state control as part of a previously announced plan. Giroir said the government will still support testing efforts in different ways, including "[increasing] testing, both in the number and the quality" nationwide. He also said that he had personally spoken with the governors of those five states and that they all agreed "it was the appropriate time to transition."

The 13 sites were set up in the early stages of the coronavirus outbreak in the U.S. to help strengthen testing capabilities at the local level. According to NBC News, seven of those sites are located in Texas, which has seen a surge in daily new coronavirus cases over the last few weeks.

A spokesperson for U.S. Sen. Ted Cruz told NBC News the Texas Republican is not a fan of the move and is currently urging health officials "to extend the community testing sites" in the state.