Federal Government May Have To Enforce Stricter Vaccine Laws 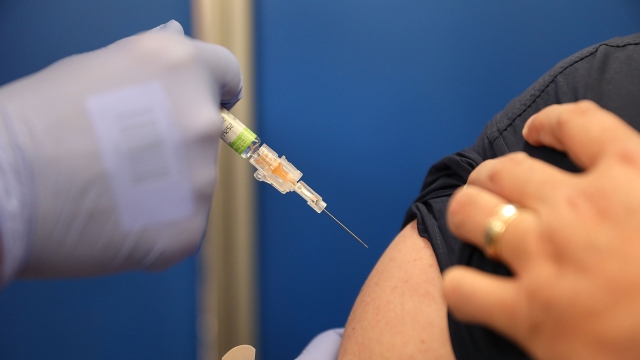 The FDA says the federal government might have to take over if states don't become more strict on vaccination laws.

In an interview with CNN, FDA Commissioner Scott Gottlieb said if "certain states continue down the path that they're on, I think they're going to force the hand of the federal health agencies." He says some states are "engaging in such wide exemptions" that it could "have national implications."

It's unclear exactly which states Gottlieb is referring to. But Washington and New York are dealing with the biggest measles outbreaks those states have seen in decades, and Oregon and Idaho have issued warnings.

Measles is extremely contagious, and in rare cases can be deadly. According to the CDC, two doses of the measles, mumps and rubella vaccine is about 97 percent effective in preventing measles.

But each state makes its own laws on vaccines exemptions, and some states — like Washington — have a high number of nonmedical exemptions from vaccinations.

Some health organizations, like the the American Medical Association and the American Academy of Pediatrics, want states to completely eliminate nonmedical exemptions for vaccines.

The U.S. doesn't have any federal vaccination laws. But the CDC recommends children be fully immunized against 14 preventable diseases by the time they're 6 years old.