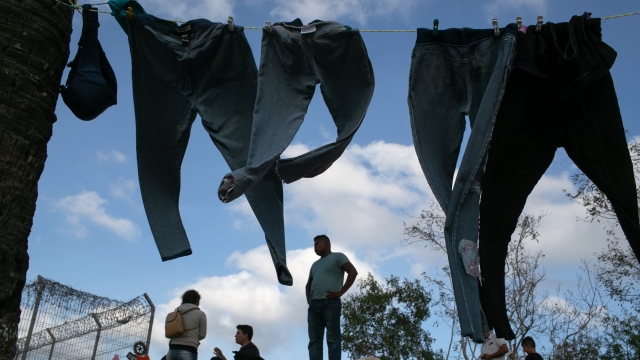 A federal appeals court ruled the Trump administration can't send asylum-seekers to Mexico to wait for their immigration hearings in the U.S.

The Trump administration's so-called Remain In Mexico policy went into effect in January 2019. It was meant in part to lower the massive amount of migrant families crossing the southern border, which has caused overcrowding in detention facilities.

According to U.S. Customs and Border Protection, 59,000 people have been sent to Mexico to await their trials.

Critics say the policy puts those people, most of them from Central America, at risk while they wait for their court dates. Most are living in tent camps in Mexican border cities, and kidnappings and violence there have become more prevalent.

The 9th Circuit Court of Appeals voted 2-1 to uphold a lower court's injunction. It said the policy "is invalid in its entirety" because it's inconsistent with federal law.