Fed Hikes Interest Rates For The 4th Time This Year 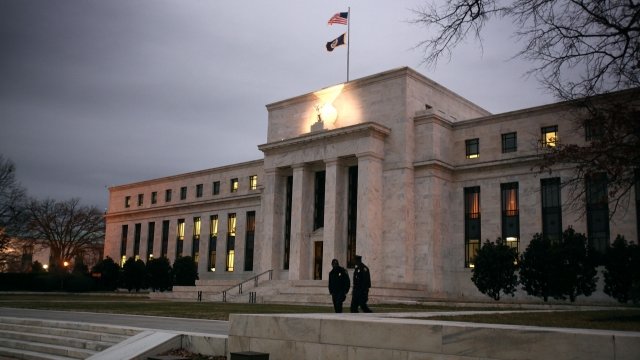 By Cristina Mutchler
December 19, 2018
The Federal Reserve announced Wednesday that it's increasing the interest rate to 2.5 percent.
SHOW TRANSCRIPT

The Federal Reserve just announced what economists have been expecting: It's raising interest rates for the fourth time this year.

Central bankers unanimously voted to hike the rate to 2.5 percent, which is a quarter of a percent increase.

The rate controls borrowing when it comes to things like mortgage costs and credit cards.

Even amid recent stock market volatility and signs of a possible economic growth slowdown, the Fed appeared optimistic in its outlook for 2019.

"Political considerations have played no role whatsoever in our discussions or decisions about monetary policy," he said. "We have the independence which we think is essential in order to be able to do our jobs in a nonpolitical way. We at the Fed are absolutely committed to that mission, and nothing will deter us from doing what we think is the right thing to do."

U.S. stocks reacted negatively to the news Wednesday. Investors appear concerned about the fine line between hiking rates steadily to keep the economy balanced and raising rates too quickly, which which experts say could lead to a recession.