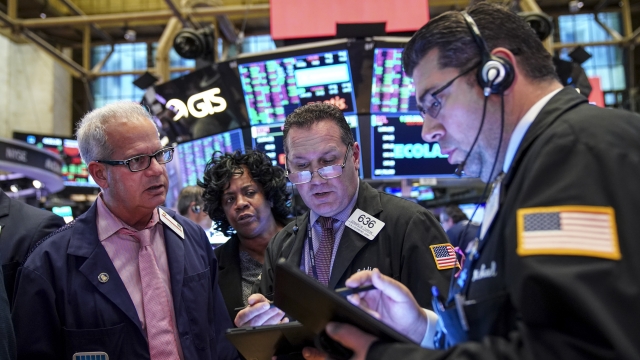 The Federal Reserve cut interest rates by a quarter of a percentage point on Wednesday.

The central bank set the new rate at between 1.5% and 1.75%. That's just below what's considered the "sweet spot" to maintain a healthy economy. Fed Chairman Jerome Powell said rates were cut in part because business investments have been faltering.

He said in a press conference: "The overall economy is growing at a moderate rate. Household spending continues to be strong, supported by a healthy job market, rising incomes and solid consumer confidence. In contrast, business investment and exports remain weak, and manufacturing output has declined over the past year."

It's the third time interest rates have been cut since July. And that cut was the first since the 2008 recession, when officials slashed the rates to nearly zero and held them there for seven years.

Powell indicated rates may pause for now, saying the current policy is "likely to remain appropriate."