FEC Chair Confirms It's Illegal To Get Foreign Election Help 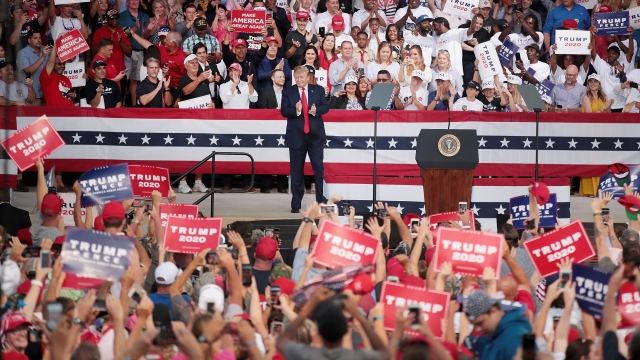 The head of the Federal Election Commission just made something 100% clear for all political candidates: It is illegal to accept any election help from foreign governments.

Chairwoman Ellen Weintraub put out a statement Thursday night to clear up any confusion. She said, "Electoral intervention from foreign governments has been considered unacceptable since the beginning of our nation." She also made it clear that any campaign that receives an offer of help from a foreign source should call the FBI.

Weintraub tweeted that she didn't think this would be something she needed to say. But presumably she felt it was necessary after some comments President Donald Trump made during an interview with ABC News.

"Your campaign this time around, if foreigners, if Russia, if China, if someone else offers you information on an opponent, should they accept it or should they call the FBI?" George Stephanopoulos asked.

"I think maybe you do both. I think you might want to listen. I don't, there's nothing wrong with listening. If somebody called from a country, Norway, we have information on your opponent. I think I'd want to hear it."

"You want that kind of interference in our elections?"

After ABC News published its story, President Trump criticized the report. He accused the network of taking his comments out of context, saying the "fake news media ... purposely leave out the part that matters."

The president was asked to clarify his thoughts on "Fox and Friends" Friday morning.

But he also asserted that, as president, he should have more leeway.

"The president of the United States, no matter who it is, whether it's me or anybody else, is in a much different position. Because I hear things that, frankly, good bad or indifferent, that other people don't hear," President Trump said.

The president made a similar statement on Twitter. But in both cases he seems to be conflating two different types of communication. Talking with foreign governments is clearly part of the job of president. But as the FEC chair explained, soliciting, accepting or receiving "anything of value from a foreign national in connection with a U.S. election" is illegal.