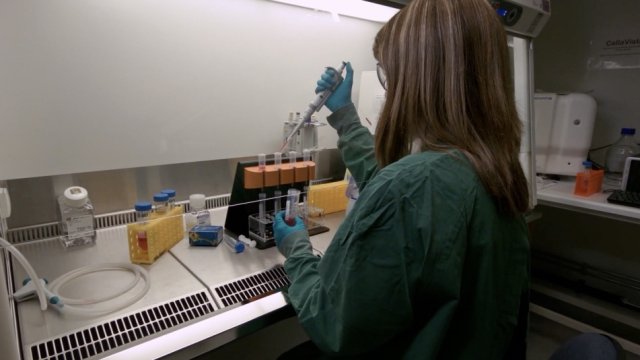 SMS
FDA Widens Investigation Into AstraZeneca COVID-19 Vaccine
By Johannah Grenaway
By Johannah Grenaway
October 1, 2020
The FDA will also examine data from earlier studies developed by the same scientists to see if similar side effects showed up in other vaccine trials.
SHOW TRANSCRIPT

The FDA is widening its investigation into AstraZeneca's COVID-19 vaccine after two participants in the trial became ill last month.

Reuters reports that to be thorough, the FDA will also examine data from earlier studies developed by the same scientists to see whether similar side effects showed up in other vaccine trials.

AstraZeneca's late-stage studies have been on hold since early September when a participant in the U.K. was diagnosed with a rare spinal inflammatory disorder. A second participant in the U.K. also fell ill. The New York Times reports that according to an independent study, the side effects in both participants were "unlikely to be associated with the vaccine or there was insufficient evidence."

Trials have resumed in Britain, Brazil, India and South Africa. As for the U.S., AstraZeneca said it is continuing to work with the FDA in reviewing "the information needed to make a decision regarding resumption of the U.S. trial."

Last month, AstraZeneca's CEO said its COVID-19 vaccine would be ready by the end of the year despite the pause on its trial.