FDA Retracts Emergency Use Of Hydroxychloroquine For COVID-19 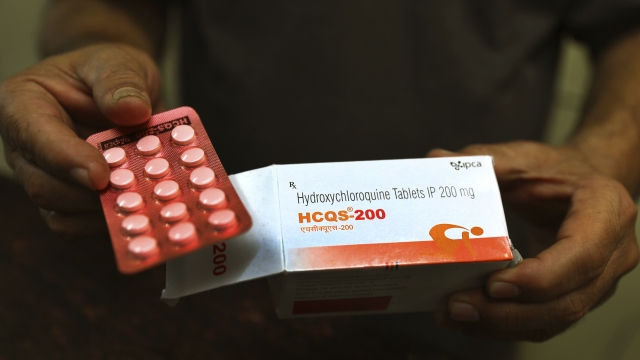 The FDA said in a statement Monday that hydroxychloroquine and chloroquine aren't likely to help treat coronavirus patients.

The FDA Monday revoked its permission to use hydroxychloroquine as a COVID-19 treatment, saying the potential dangers of taking the drug were greater than the possible benefits.

In a statement Monday, the FDA cited "emerging evidence" for reversing its earlier authorization to use the drug, as well as the related chloroquine, in emergency situations.

The FDA's chief scientist Denise Hinton wrote the potential benefits of the drugs no longer "outweigh their known and potential risks."

The FDA originally discouraged taking the drugs outside of a hospital — warning they could cause heart problems. One study published in a medical journal had said hydroxychloroquine could increase a patient's chance of dying — but then the researchers later retracted their study.

Despite the announcement, hydroxychloroquine can still be prescribed to treat lupus and arthritis, and doctors could still use it on coronavirus patients in a practice known as "off label."

President Donald Trump has touted hydroxychloroquine and claimed to take it himself to prevent COVID-19.