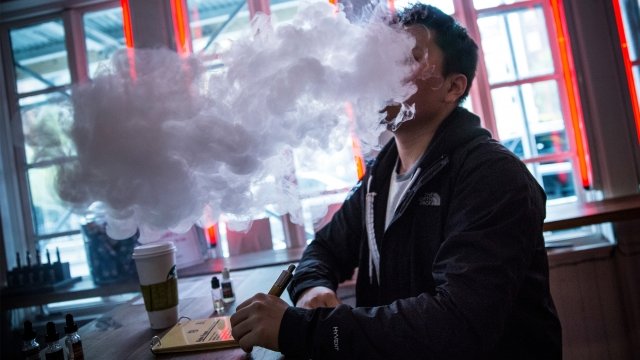 The teen vaping trend might prompt the FDA to ban online e-cigarette sales.

Gottlieb has supported the use of e-cigarettes as an alternative for adult smokers, but said it can't come at the expense of driving up the youth vaping trend.

Earlier this month, the FDA took what it called "historic action" on some e-cigarette makers, giving them 60 days to come up with a plan to curb teen usage.

The agency is expected to release new statistics on teen vaping and announce its next steps on the issue in November.