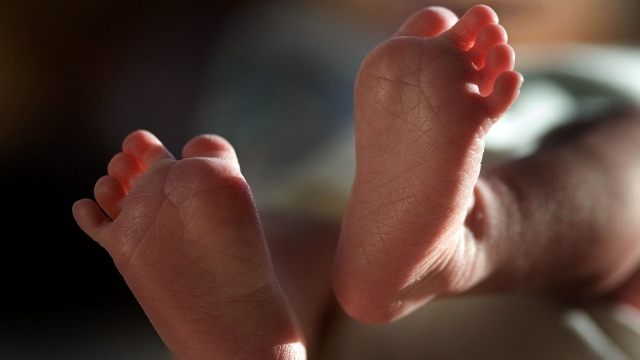 It's an intravenous infusion of a drug that'll be sold under the name Zulresso.

Even though health experts call the approval a breakthrough for the one in nine U.S. women who experience postpartum depression, there are a few caveats.

First, the IV drip needs to be administered for 60 hours under medical observation in a health care setting due to potential side effects, like drowsiness or loss of consciousness.

It's also pretty costly. Drugmaker Sage Therapeutics estimates that it'll be priced at around $34,000 per treatment.

But clinical trials show that Zulresso started treating symptoms quickly, within 48 hours after the infusion, and patients only need to take it once.

Research shows that postpartum depression symptoms can be severe, and can often go undiagnosed. Without treatment, those symptoms can start during pregnancy and last months or years after childbirth.

Previous treatment options have included traditional antidepressants or counseling, but those can sometimes take weeks to show any signs of improvement.

It's important to note that not every woman diagnosed with the condition would be a candidate for Zulresso, likely just those with severe cases or who didn't benefit from other treatment methods.

But as one physician told CNN, the approval could "set a new standard" for treating severe postpartum depression.