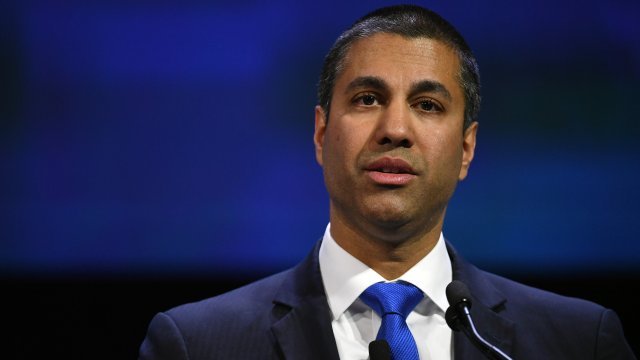 12 mostly Democratic senators requested the Federal Communications Commission determine if Sinclair should be able to maintain its broadcasting license after promoting coverage they say may be against public interest.

The request came after Sinclair, which is widely considered to be right leaning, told its anchors to read identical must-run ads discussing fake news.

Pai responded to the request saying: "I have repeatedly made clear that the FCC does not have the authority to revoke a license of a broadcast station based on the content of a particular newscast." He said something similar when President Donald Trump requested the FCC revoke NBC's broadcasting license.