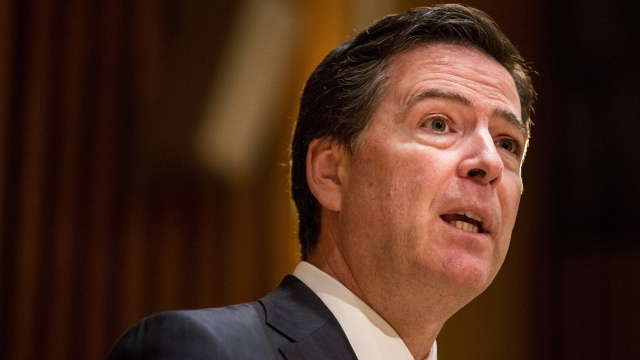 "In July, when we closed this case, I promised unusual transparency. ... I will do my absolute best to continue to be transparent in every way possible" FBI Director James Comey said during a Congressional hearing in September.

Comey is keeping his word. He sent a letter to Congress about new developments in the investigation into Hillary Clinton's private email server.

Comey apparently wanted to make sure his orders to review a new cache of emails recovered during a separate investigation didn't cause any problems with his previous testimony to Congress.

The director's decision to be unusually transparent in this case has provoked a lot of backlash — especially from Democrats.

"We are 11 days out from perhaps the most important national election of our lifetimes. Voting is already underway in our country, so the American people deserve to get the full and complete facts immediately," Clinton said during a press conference Friday night.

Clinton's vice presidential candidate, Tim Kaine, told Vice News, "This is very, very troubling. And we hope that the director — and we really think that he should — give a clearer accounting of exactly what's going on right now."

"When he put out this statement, I'm sure he knew that the Republicans would do what they always do," Rep. Elijah Cummings told MSNBC's Rachel Maddow.

CNN senior legal analyst Jeffrey Toobin said, "There is actually an FBI policy that says in most circumstances the FBI should refrain from any politically sensitive announcement 60 days outside of any sort of election. Now, that's not a binding recommendation."

But at least one person's happy with the FBI right now.

Donald Trump told a crowd at a rally, "It might not be as rigged as I thought. Right?"