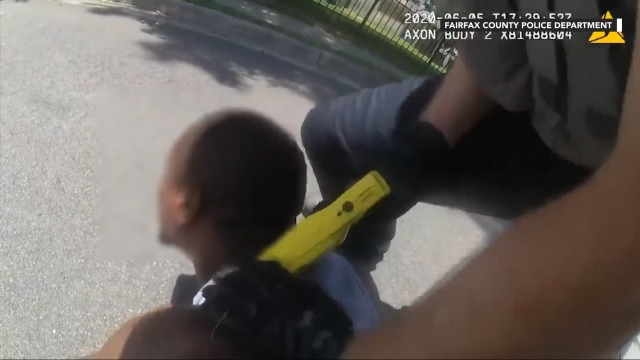 The FBI has announced it will postpone the release of its much anticipated National Use-of-Force database, which the bureau first said it intended to create five years ago.

The FBI cited a low participation rate from local police agencies in its inaugural year of data collection, which began last January. That participation rate has not budged since Newsy first reported on it in June, when the bureau appeared to signal a publication was imminent.

"The first publication of the National Use-of-Force Data Collection will be this summer," FBI spokesperson Holly Morris wrote to Newsy in June. "A list of the agencies both enrolled and/or participating in the collection will be included in this publication."

But the list of participating agencies has become the bureau's only release for now, according to an FBI news release.

That new list reveals 75 percent of local police agencies across America did not participate in the voluntary program.

For example, a Newsy analysis of the FBI's newly released list of agencies shows that in Indiana, only eight out of more than 400 police agencies in the state participated. That is less than two percent participation.

WRTV in Indianapolis reports police in the City of Muncie fired a stun gun on a handcuffed suspect, according to a lawsuit.  Muncie police are among the group not disclosing use-of-force incidents to the FBI. The Indiana State Police said as of now  “...there are no plans to send data to that database in the future.”

"I want to know why," said State Rep. Robin Shackleford (D-Indianapolis), who chairs the Indiana Black legislative caucus. Shackleford told WRTV that police departments should participate so her caucus can know if minorities are disproportionately impacted.

In Arizona, KNXV-TV in Phoenix reports the state's biggest city was noticeably absent from participation, along with all 15 of the states sheriff’s offices.

Still, some police departments there see transparency as key to healing the nation’s divide on race and policing.

"We want to earn the trust and respect of our community, so with reporting to the FBI as well as our own reporting on our website we believe it is the best thing to do," Chandler Arizona police spokesperson Sgt. Jason McClimans told KNXV-TV.

Nationally, police participation is so low the FBI says it needs a near 50 percent boost in the number of the nation’s officers represented before it will let the public see any of the data. That means the larger the agency that does not report, the more of a role it plays in blocking the whole nation from learning more.

Newsy found a long list of major agencies, that employ thousands of officers, missing from the list the FBI says participated in the use-of-force data collection for 2019.  Those not shown as having participated include the NYPD, Miami-Dade police in Florida, Illinois State Police and police in Baltimore, where Freddie Gray's 2015 death in police custody caused national headlines and protests.

The FBI said in a new press release that  “... participation in the data collection is expected to continue to grow.”

The bureau's statement is not based on just hope. Some police agencies have already, following a Newsy investigation in June, committed to participate in the FBI Use of Force program going forward.

The FBI has also just launched a new national video campaign to help convince other agencies to come aboard. The video shows a diverse cross section of local police leaders who talk about the importance of being transparent.

Newsy discovered Montana, New Mexico, and North Dakota lead the nation with more than 90 percent of agencies in those states willingly disclosing use-of-force data to the FBI.  Twenty-nine states had participation rates below 20 percent. In New York state, the worst in the nation, only two agencies out of the 988 in the state participated in 2019.

If only the 35 largest non-participating agencies in the country had sent the FBI data, a Newsy analysis shows the bureau would have had enough police participation to consider releasing more information about use-of-force incidents for thousands of agencies across the nation.

Mark Greenblatt is the senior national investigative correspondent for Newsy and the Scripps Washington Bureau. Follow him @greenblattmark or email a story tip to  mark.greenblatt@scripps.com. Rosie Cima and Nick McMillan are data reporters and can be followed   @rosiecima and @ndm_visuals. You can email them at  rosie.cima@scripps.com  and nicholas.mcmillan@scripps.com.