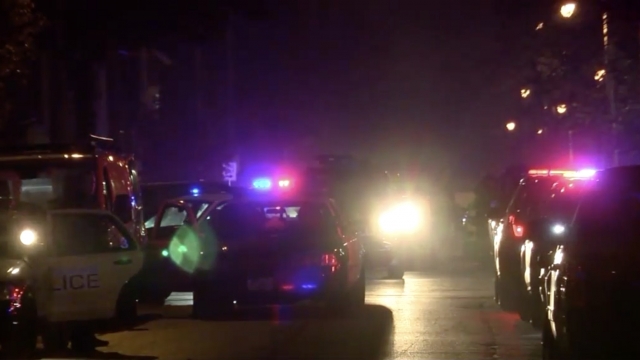 Gretta Goodwin says the FBI's program may be dissolved permanently — because local police departments are simply not cooperating.

Back in 2016, FBI director James Comey told a room full of law enforcement that the country desperately needed to collect more information on police killings and use of force in order to restore public trust.

Now, five years later, the FBI's effort to collect that data may come to an end without ever releasing a report.

Gretta Goodwin is the director of Homeland Security and Justice for the Government Accountability Office – Congress's investigative agency.

Goodwin says the FBI's program may be dissolved permanently — because local police departments are simply not cooperating.

"Excessive use of force can erode public trust in law enforcement, and when that public trust has been eroded … that just further exacerbates the public safety concerns for communities," he continued.

Before they can publish their findings, the FBI's program is required to collect use of force data from 60% of all U.S. law enforcement agencies

If the FBI can't meet that 60% threshold by the end of 2022, the collection effort will end.

"The problem with these federal databases is that they're voluntary in nature," she said. "What does that tell you about what we value in society, that documenting the deaths of people at the hands of the state, … is something that we don't do systematically in a way that we know that we're capturing all of those cases?"

This effort to gather information grew out of social unrest following the killings of Michael Brown, Tamir Rice, Laquan McDonald and several others.

While media, universities and independent research organizations have stepped in to crowdsource the information, there's never been a consistent, nationwide count provided by law enforcement.

But La Vigne says this lack of data by law enforcement is not as simple as police refusing to participate.

"There are roughly 18,000 independent law enforcement agencies in this country, all operating with their own databases and their own staff, which means that the vast majority of law enforcement agencies are very small, and are not well staffed," La Vigne said. "These systems are old. They're antiquated. They don't talk to each other. They don't integrate across jurisdictional boundaries. … So those are all real reasons why agencies don't submit data or don't share it readily."

Amongst the GAOs recommendations to turn things around includes assigning someone from the Attorney General's office to focus on collecting this information on police killings so reforms can be made.

"I believe that," La Vigne said.

According to the Washington Post, since 2015 U.S. law enforcement has killed nearly 1000 people every year with Black Americans being the victims at a disproportionately higher rate than any other race.