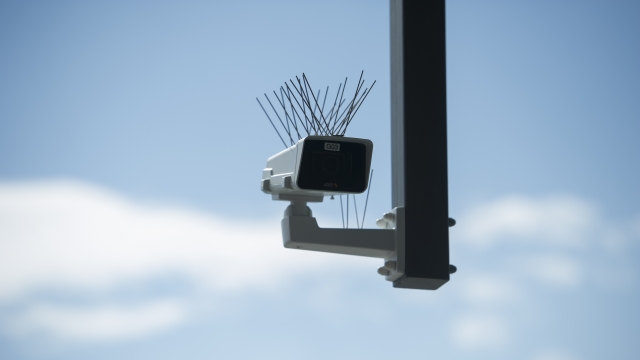 Researchers at Georgetown Law say your driver's license photo could be used for a lot more than proof you can get behind the wheel.

"It is surveillance first, ask permission later," said Jake Laperruque of the Project on Government Oversight.

They say for the last five years, agents at the FBI and ICE have scanned millions of images from the Department of Motor Vehicles without anyone's consent.

"ICE is going to several states and saying, 'We want you to take these images, run them through the state DMV databases and scan to see if you can find these people,'" Laperruque said.

Laperruque says not only is this a privacy violation, but it's dangerous for millions of innocent Americans.

"Even if you're just an average Joe in this database who has a driver's license, you could be a target of an ICE or FBI investigation because of a glitchy computer system that decided to throw you at the top of a list of potential suspects," Laperruque said.

It could be impacting undocumented immigrants, too. Twelve states plus D.C. allow them to obtain a driver's license. ICE could use this technology to locate those who are here without papers.

But Laperruque says the software isn't as trustworthy as other modes of identification like fingerprinting.

"Because facial recognition doesn't have rules, it's really a wild west in terms of how it works. We don't know if they'll do a careful, deliberate process," Laperruque said. "If you're not following it up with proper investigative techniques, proper oversight, it's going to cause problems. If this is a tool that's important for investigations, I'd like to see evidence for that. You need independent oversight."

Congress is looking at creating some oversight. It's an issue both Republicans and Democrats are concerned about. Right now, 21 states and D.C. allow these searches.

"This is going to be, in effect, constant disclosure of what the heck you're up to," said Republican Rep. Jim Jordan.

Laperruque says state and local governments should also consider creating their own regulations on facial recognition. Right now, The Washington Post reports only San Francisco and Somerville, Massachusetts, have "banned their police and public agencies from using facial-recognition software, citing concerns about governmental overreach and a breach of public trust."