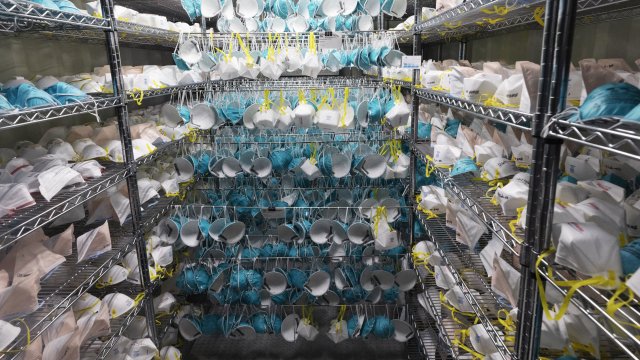 Scott Brady, the United States Attorney for the Western District of Pennsylvania, confirmed the details to multiple media outlets. Here's what he said happened.

The union said it would connect states, counties, health systems and individual hospitals to the distributor so they could buy the masks for heathcare workers on the front lines of the pandemic.

The announcement piqued the Justice Department's interest. The agency wanted to find out more about the distributor claiming to have such a large stockpile of critically needed masks.

The FBI identified that distributor as a man in Pennsylvania who they believe was an unsuspecting middleman between the union, a broker in Australia and a supplier in Kuwait.

Authorities believe the masks never existed in the first place. The broker and supplier could face wire fraud and other federal charges. Authorities say the scheme was disrupted before any money exchanged hands.