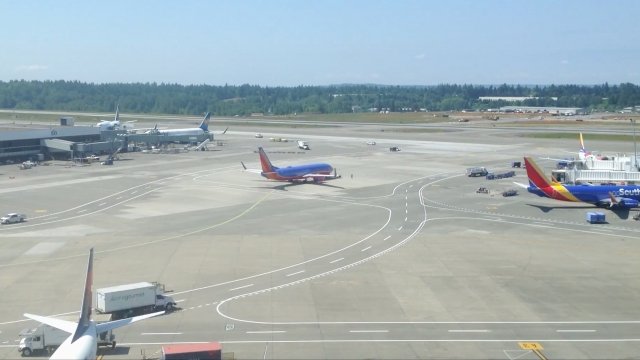 Some are voicing serious concerns about the vulnerability of airport security after a Horizon Air employee stole an empty plane Friday from the Seattle-Tacoma International Airport.

Officials have identified the employee as 29-year-old ground service agent Richard Russell. It's unclear why Russell stole the plane.

He flew it for about an hour with two military jets following him before it crashed on a wooded island about 25 miles away.

Russell didn't survive the crash. Officials say no one else was injured.

A handful of agencies are investigating, including the FBI, the FAA and the National Transportation Safety Board.

Experts told CNN that the event exposed "alarming gaps in airport security" and will most likely lead to a review of industry security measures.