After Intense Criticism, The FBI's No. 2 Man May Be Eyeing Retirement 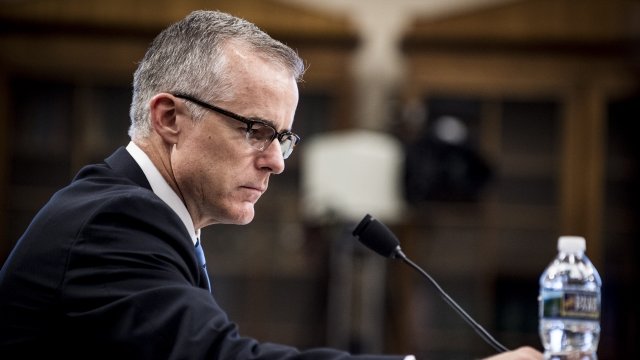 SMS
After Intense Criticism, The FBI's No. 2 Man May Be Eyeing Retirement
By Ryan Biek
By Ryan Biek
December 24, 2017
Deputy Director Andrew McCabe is reportedly planning to retire in the coming months after he becomes fully eligible for pension benefits.
SHOW TRANSCRIPT

After months of criticism from some in the GOP, the FBI's deputy director is reportedly planning to retire — a plan President Donald Trump also criticized.

The Washington Post broke the news that Deputy Director Andrew McCabe is planning to retire in the coming months after he becomes fully eligible for pension benefits.

In a pair of critical tweets, Trump said Saturday: "McCabe is racing the clock to retire with full benefits. 90 days to go?!!!"

McCabe is the FBI's No. 2 official. He briefly took over the top job when Trump fired James Comey and the agency was looking for a new director.

As a high-ranking official, McCabe's faced intense questions from conservatives about what they see as anti-Trump prejudice in Special Counsel Robert Mueller's Russia investigation. 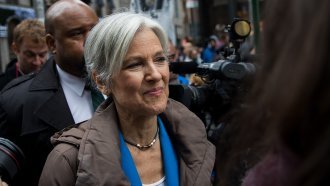 Some have also argued McCabe should have recused himself from the Clinton investigation since his wife received hundreds of thousands of dollars from the Democratic Party in a past state Senate campaign.

Last week, McCabe faced more than 17 hours of grilling from two different House committees. And the chairman of the Senate Judiciary Committee has already called for his removal.