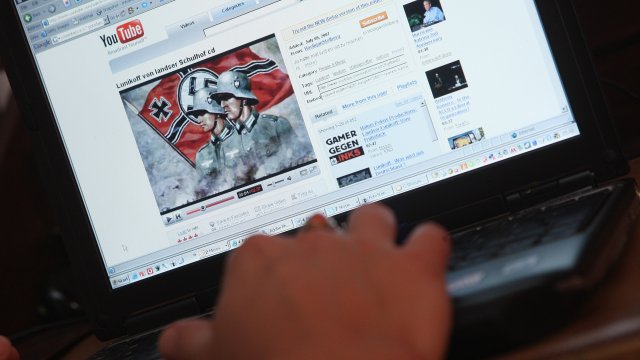 In March, a gunman killed 50 people in two mosques in Christchurch. Six weeks later, another shooting took place in a synagogue in Poway, California. Both attacks were motivated by far-right beliefs.

These kinds of attacks are becoming more common across the globe.

Online chatrooms have been credited as part of the reason for that. Or, as one expert calls them, "radicalization engines." 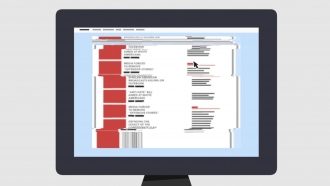 Why White Nationalist, Supremacist Content Is So Easy To Find Online

Robert Evans has been studying radicalization over the internet for years. His most recent work has focused on the connections between far-right attacks like those in Christchurch and California. One of those connections is a site called 8chan.

"8chan is descended from 4chan, and both were started because other communities online where people would gather to talk would ban you for doing things like harassing people, doxing them, finding out their real address and mailing them stuff, threatening to murder them and sharing Nazi propaganda."

The radicalization of far-right extremists online is a trend Evans says has been developing since at least the early '90s, when burgeoning white nationalist groups saw the potential in early message board groups.

For Evans, who covered the retaking of Mosul from ISIS in 2017, there are a lot of similarities between how far-right extremists and others, like ISIS supporters, are radicalized online.

"When you look at neo-Nazi groups, when you look at any kind of extremist group, including ISIS — when it comes to the kinds of people who will carry out a random attack — drive a bus into a crowd of people, pick up an AR-15 and shoot up a mosque or synagogue or whatever — regardless of the sort of group these people choose to ID with, it's the same pool of young, mostly young men in their late teens, mid-to-early 20s. They're all more alike than they are different."