Fans Were Hyped All Day For Super Bowl LVI 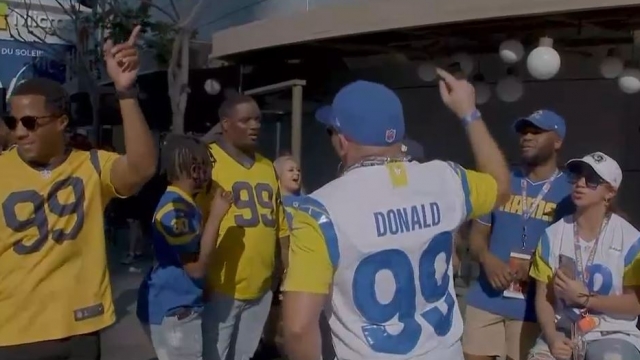 People started lining up for a watch party at a downtown bar at 8 a.m.

"Very excited. We haven't been in a Super Bowl since Dick Vermeil and St. Louis, so we're very excited, it's gonna be a great, great week for us," said Franc Oliveira, a Rams fan.

Among the sea of hometown yellow and blue, there is some orange. Ryan Harnist and Megan Kaes came all the way from Cincinnati, but they don't even have tickets to the game.

"For the experience. This is the first time since '89 that they've made it. What's the next time we can say we watched the Bengals in the city that they're playing in and potentially win the Super Bowl?," Harnist said.

The Bengals released a new video reminding fans the road to the Super Bowl has been a long one.

"Remember when the predictions came rolling in? Fourth in the north. Joe and his woes. Funny how they all seemed to know, but this season was something to remember," the video said.

Today will be Cincinnati's third appearance in the Super Bowl. In the 1980s they lost twice to San Francisco. And the Rams are making their fifth Super Bowl appearance, their second in the last four years.

But the only undefeated record at SoFi stadium today belongs to John Biever. He's the only person to photograph all 55 Super Bowls. Today will make 56.

"I was 15 when I went to my first Super Bowl," Biever recalls.

"Having those two in the same photo, kind of would make my all-time favorite photo," Biever says.

He says football photography has changed a lot.

"There used to be real grass. You used to see photography had grass flying, mud on the faces, all that. Artificial turf, dome stadiums, same light, no dramatic light," Biever explains.

But he's still excited about Super Bowl LVI, and not ready to give it up.