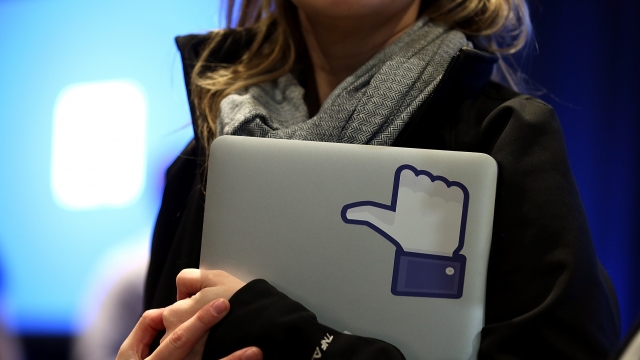 A good rule of thumb: At least Google a news story before you share it.

Don't get fooled by fake news. Plenty of mainstream media outlets have their problems, but turning to sites that just make up fake news is not the answer. And it makes you look foolish.

I'm talking about sites like Infowars, led by this guy, Alex Jones. They actually say the Sandy Hook shooting was staged and that the grieving parents were actors. And yet they're widely shared by reasonable people who might not know that. And that's just one of countless fake stories they've pushed.

American News is more popular on Facebook than many real news outlets, but it makes things up all the time. Like a story that said Denzel Washington had endorsed Donald Trump, shared 10,000 times, despite the fact that Washington absolutely did not endorse Trump. Or like another story that claimed Chief Justice John Roberts signed off on President Obama's removal for treason — also not true at all.

The popularity of these fake news posts often outpaces the real news. A story from EndTheFed claimed Ford Motor Company had halted production of cars in Mexico upon Trump's election. That's not true, but the fake story was shared many more times more than the real story that Ford was moving ahead with its production in Mexico.

Also problematic are pages with major ideological skews that dress up as more straightforward news sites.

Often these fake news sites will start with a kernel of truth but present it in a totally false and misleading way. A good rule of thumb: At least Google a news story before you share it — check its veracity on professional news sites that you've heard of.

But why would anyone make up fake news? Because it's very profitable. Social media news is built on the social share, and the easiest way to win that share from you is to vindicate your worldview with sensational headlines.

That's why teenagers in Macedonia created more than 100 pro-Trump Facebook pages this year, driving a lot of traffic back to their sites and reaping serious advertising money.

If you follow any of these fake news outlets, unfollow them. And if you share this video, tag your friends who follow these outlets so they know about this, too.