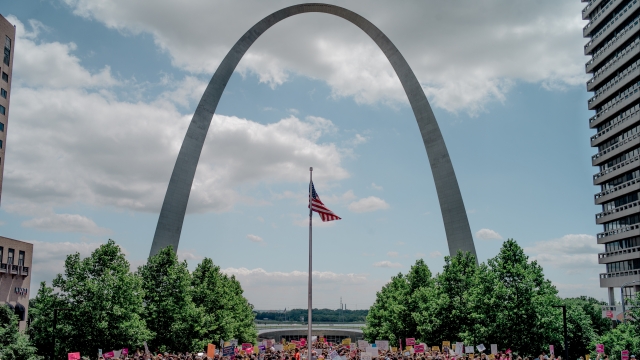 A recent federal ruling has changed Missouri abortion policies. Specifically, abortions solely based on sex, race, or prospective Down Syndrome are banned.

The district judge wrote in his decision: "An abortion before viability motivated by a Down Syndrome test would also be somewhat rare, given the window of time needed for adequate testing and consultation."

But is that accurate? Sort of.

Testing methods vary, but certain tests that can predict the likelihood of Down syndrome become more reliable as pregnancy progresses. When the fetus is at 10 weeks gestation or older, a cell-free DNA test has a 99% detection rate.

Under current Missouri law, abortion is legal up to 22 weeks. Planned Parenthood, which runs the only clinic in the state, provides two options: a pill for use within the first 10 weeks or an in-clinic abortion after that until that 22-week limit.

So with this in mind, let's go back to that statement by U.S. District Judge Howard Sachs. To be clear, there is some debate on when a fetus is considered "viable," or able to survive outside of the womb. Some researchers have set the age as low as 22 weeks. Going by that standard, it is possible that a fetus could undergo a test that may indicate Down syndrome well within the legal abortion window. A pregnant person could have as long as 12 weeks to get an abortion.

That said, we can't assume that any pregnant person carrying a fetus that's likely to have Down syndrome is seeking an abortion solely for that reason.

The judge noted the lack of data on this topic, saying: "This issue remains entirely speculative after argument … since Down Syndrome is rarely mentioned by patients. If so, there could be no sanctions, since the law requires knowledge before a provider is in violation."

Over the past few years, several states have debated policies that outlaw abortion if tests show a fetus is likely to have Down syndrome, proving this has become a unique piece of the abortion debate. A common argument against abortion in these cases is that many people with Down syndrome live full lives, and that without a ban on these types of abortions, it could encourage eugenics.

There are medical risks associated with carrying a fetus with Down syndrome. An estimated 43% of fetuses that are considered likely to have Down syndrome are miscarried or stillborn. Both of those things can threaten a woman's health.

Some disability rights advocates have pointed out that the idea of boosting funding to care for those with Down syndrome is rarely brought up while lawmakers consider these types of policies.

As for Missouri, the state is already notorious for having one of the most restrictive abortion policies in the country.

When Newsy asked The American College of Obstetricians and Gynecologists about the recent Missouri ruling, the organization pointed us to a statement it made back in 2016: "By forcing women to carry pregnancies to term, regardless of their reasons for needing an abortion, these bans will compel high-risk women to endanger their lives, increasing maternal mortality."

In a statement after the ruling, Planned Parenthood said it would fight these policies in court.