No, The Green New Deal Isn't Trying To Put An End To Air Travel 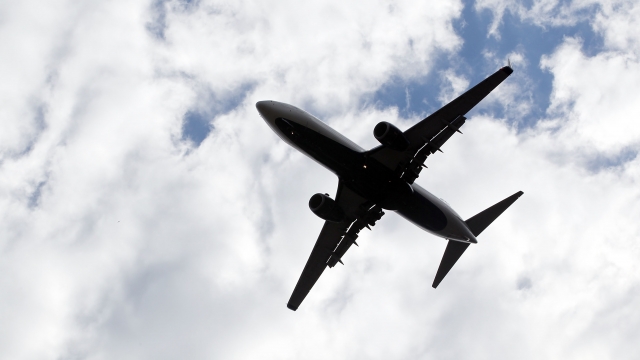 Sen. Rick Scott and President Trump said the Green New Deal wants to end air travel, but that's not what the legislation says.

The Green New Deal has caused a flurry on Capitol Hill in recent weeks. Some Democrats are jumping on board to support it, while conservatives are trying to poke holes in it.

In an op-ed published in the Orlando Sentinel, Sen. Rick Scott said the Green New Deal "calls for rebuilding or retrofitting every building in America in the next 10 years, eliminating all fossil fuels in 10 years, eliminating nuclear power, and working towards ending air travel (to be replaced with high-speed rail)."

And President Donald Trump echoed part of that statement during his speech at CPAC: "It would end air travel. But you'll get on a train, don't worry about it."

Ending air travel completely sounds like a pretty extreme goal. And unfortunately for Scott and Trump's argument, it's not something the Green New Deal is actually trying to do.

There's no doubt the plan is ambitious. Rep. Alexandria Ocasio-Cortez is spearheading the effort, which aims for net-zero carbon emissions and a jump-start for the American economy. But the legislation is nonbinding — in reality, it's more of a talking point than a proposal for actual change.

Ocasio-Cortez published an FAQ document about the deal that's since been taken down. Her office said it was never intended for public release, but it appears to be the impetus for the air travel statements. One line says the deal's creators didn't set a goal of eliminating carbon emissions within 10 years "because we aren't sure that we'll be able to fully get rid of farting cows and airplanes that fast." Another line says they want to overhaul our transportation systems so that "air travel stops becoming necessary."

But the legislation itself doesn't say anything about ending air travel. It does call for "overhauling transportation systems" in the U.S. to reduce pollution and emissions, but the deal wants to get there by investing in zero-emissions vehicles, public transportation and high-speed rail.

So conservative claims that the Green New Deal wants to keep airplanes on the ground doesn't have the legislative text to back it up.