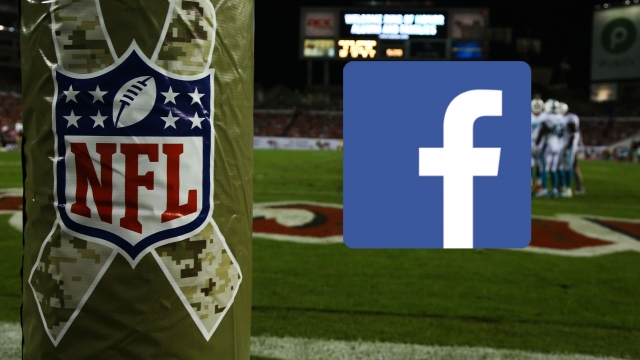 Facebook may be the place to send messages or check in on your friends, but it reportedly won't be the place where NFL fans can watch Thursday Night Football.

The world's most popular social network was considered a top contender to land the streaming rights to Thursday night games, but Facebook pulled its name from consideration, according to a Bloomberg report.

But that's not something Facebook would be getting if it streamed the NFL. According to a 2010 study from The Wall Street Journal, NFL broadcasts usually have a full hour of ads; that's one-third of a typical game's broadcast.

Streaming game broadcasts — and getting money for it — has been one of the NFL's priorities for a while now. In October, Yahoo exclusively streamed a broadcast of a game between the Bills and Jaguars from London.

At a press conference at Super Bowl 50 in February, commissioner Roger Goodell explained just what he wants for Thursday night games.

"A broadcast network broadcasting the game, the NFL Network simulcasting and being able to deliver and stream that same broadcast to technology and platforms all over the globe," Goodell said.

Thursday Night Football is a good place for the NFL to experiment with things like Web streaming. That's because Thursday games aren't locked into long-term contracts like games on Sundays and Mondays.

Even though Facebook isn't game to stream Thursday games, the NFL is far from out of options. Verizon, Yahoo and Amazon are all still trying to land a streaming deal.

This video includes clips from the NFL, 92nd Street Young Men's and Young Women's Hebrew Association and the Los Angeles Post-Examiner and images from Getty Images.