Facebook's New Feature Will Help You Temporarily Avoid That One Friend 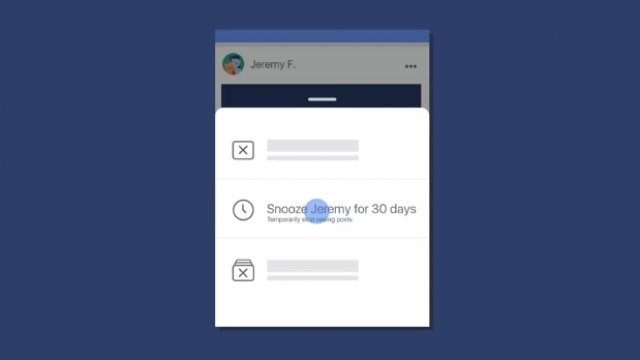 Now snooze is a feature on more than just your alarm clock.

Facebook is giving users another way to control their news feeds — an option to hit snooze.

The social media giant recognizes that it may not always be great for people's well-being if they have to see things they don't want to.

Snooze will let people take a break from those things. It can mute people, pages or groups on someone's news feed for 30 days without making people unfollow or unfriend.

Facebook hopes the feature will make people's experiences on the site more positive.

Facebook also has other tools that may help users, including "Take a Break," which lets people control what they see from an ex, and an updated algorithm that demotes clickbait headlines and fake news.