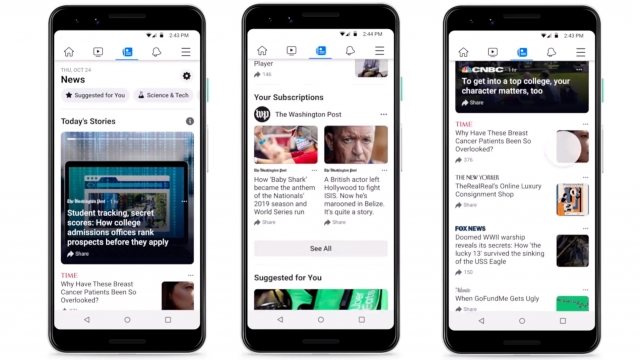 Facebook announced it's launching a news feed in partnership with certain news outlets to fight the spread of misinformation.

The feed is called Facebook News. Some of the outlets include Fox News, The New York Times, USA Today, The Washington Post and BuzzFeed News.

Facebook said in its announcement, "Journalism plays a critical role in our democracy. When news is deeply-reported and well-sourced it gives people information they can rely on. When it’s not, we lose an essential tool for making good decisions."

Facebook says a team of journalists will curate the top stories of the day for the Facebook News feed and users will be able to navigate specific topics of interest. Users will also be able to link their paid news subscriptions to their Facebook account.

Facebook has been working to fight the spread of false or fake news articles for years now and has tried a number of features including fake news flags and adding a context button to articles to help readers decide if a story is credible.

But the social media company has run into problems trying to curate news in the past. Back in 2016, Facebook's "news curators" faced criticism after a former employee for the team admitted they suppressed right-wing news stories. Facebook attempted to fix the problem by getting rid of the curators and relying on an algorithm. But without actual people, the algorithm sometimes allowed fake news or misleading stories to make it onto the trending topics page.