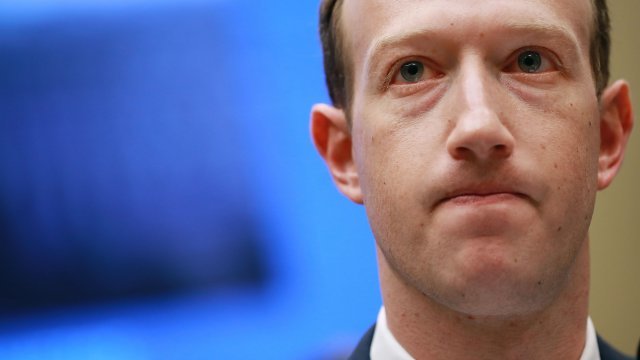 Facebook is facing a fine from the U.K. government for failing to protect user information from data firm Cambridge Analytica.

The firm stands accused of gathering millions of Facebook users' data without their explicit consent.

On Tuesday, British officials announced the United Kingdom's Information Commissioner's Office may fine Facebook 500,000 pounds. That's the largest amount allowed under the U.K.'s data protection law and follows an investigation by the ICO.

Officials will allow Facebook to respond before making a final decision on the fine. A parliamentary committee member said, "Facebook should now make the results of their internal investigations known to the ICO, our committee and other relevant investigatory authorities."

Facebook is also being investigated by the Securities and Exchange Commission, the Federal Trade Commission and the FBI in the U.S.