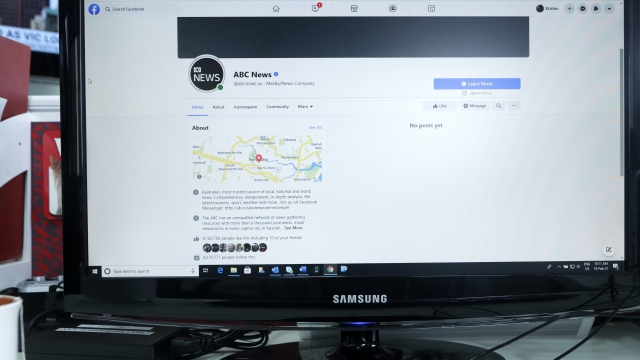 Facebook in Australia will no longer show news stories.

Facebook has blocked people in Australia from sharing news stories.

The social media giant made the unprecedented move after the country's House of Representatives passed a bill which that would require Facebook and Google to pay for Australian journalism.

The former CEO for Facebook Australia says he's disappointed in the decision.

"This is a foreign entity basically saying we're going to flick things off when it suits us," said Stephen Scheeler. "And this is not just taking tin cans off the shelves of Australian supermarkets, this is screwing around with our information ecosystem and accessing information and content that is important to every Australian living in a democracy"

The measure to charge the social media companies still has to pass in the Australian senate.