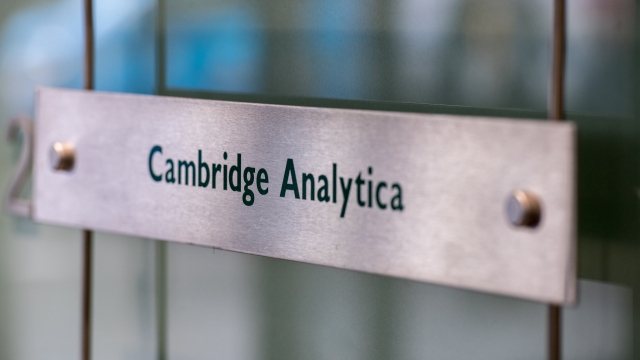 SMS
Facebook And U.K. Government Settle Over Cambridge Analytica Breach
By LeeAnne Lowry
By LeeAnne Lowry
October 30, 2019
A regulatory court decided that bias on the part of the Information Commissioner's Office should be considered in the appeal.
SHOW TRANSCRIPT

Facebook and the U.K. government have announced a settlement over the Cambridge Analytica data breach.

The tech giant agreed to pay more than $640,000 to the U.K. government because it failed to guard the data of as many as 87 million users gathered by the data firm Cambridge Analytica. The government issued the fine last year, but the company appealed. A regulatory court decided that bias on the part of the government agency should be considered in the appeal.

That's why, as part of the settlement, Facebook will have access to documents obtained by the U.K. government related to Cambridge Analytica. Facebook says those documents will be used in its investigation of the data breach.

While Facebook isn't admitting liability for the breach, it has expressed regret for not doing more to investigate Cambridge Analytica claims back in 2015. Facebook told CNN it's "continuing to build new controls to help people protect and manage their information."