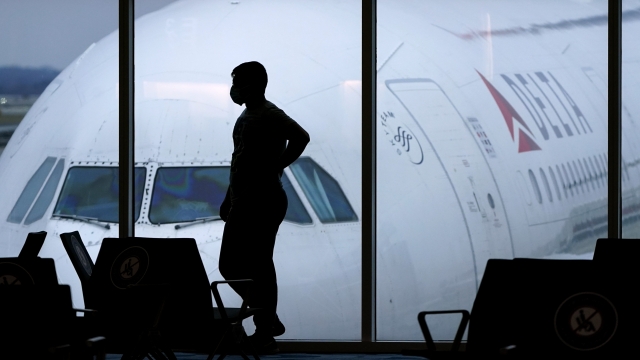 The FAA announced it hit the $1 million mark in civil penalties filed against a record number of unruly passengers acting up in flight, often over the requirement to wear face coverings.

Penalties for hot-headed fliers can cost tens of thousands of dollars, but a Newsy investigation found few violators of the FAA’s “zero tolerance” policy have had to pay anything this year.

“There is zero tolerance, but that runs into the limits of practicality,” said Arjun Garg, former chief counsel at the FAA and now a partner at the D.C.-based firm Hogan Lovells.

Enforcement records obtained through the Freedom of Information Act show the agency fined 85 unruly travelers during the first six months of the zero tolerance policy, a jump from previous years but still a fraction 3,889 of unruly passenger reports pouring into the FAA this year.

Garg said the FAA will only pursue cases it can prove.

“The witnesses all scatter to the winds,” Garg said. “As soon as you land, you may or may not even know the name of the passenger.”

Of the 85 unruly passenger cases the FAA has initiated, records showed all but two still pending by the end of June.

An FAA spokesman said the agency has since sent final penalty notices in a total of 11 cases.

The low number is a result of a long process that begins after the FAA sends a letter proposing a fine against passenger, who by law gets 30 days to contest a penalty.

It can then take up to two years of back and forth between the agency and a passenger before a final order to pay.

In about half of all cases, passengers end up settling with the FAA for an amount less than the initial proposed fines that grab headlines, on average shaving off about $6,000 per citation.

“The goal is to sting a passenger, not necessarily to bankrupt them,” Garg said.

The two passengers from misconduct incidents this year, who records show received final orders to pay, both settled with the FAA.

In one incident, a man’s drunken and profane belligerence forced a JetBlue flight to make an emergency landing.

In the other case, a passenger’s refusal to mask up sent an Alaska Airlines flight back to the gate.

The FAA says we will see more passengers held accountable as the cases play out and new investigations begin after processing new incidents, about 100 reported each day.

A spokesman said the agency is taking the “strongest possible action within our legal authority,” no longer sending out warning letters.

A public awareness campaign is deploying memes and videos to explain behavior rules, hoping just knowing about the threat of fines may keep passengers in line.

Aviation industry groups are calling on the federal government and local authorities to step up enforcement.

“Make sure these people who hurt us, who hurt other passengers, pay the penalty,” said Paul Hartshorn Jr., an American Airlines flight attendant and spokesman for the Association of Professional Flight Attendants. “It’s a very dangerous situation. It’s something that needs to stop.”