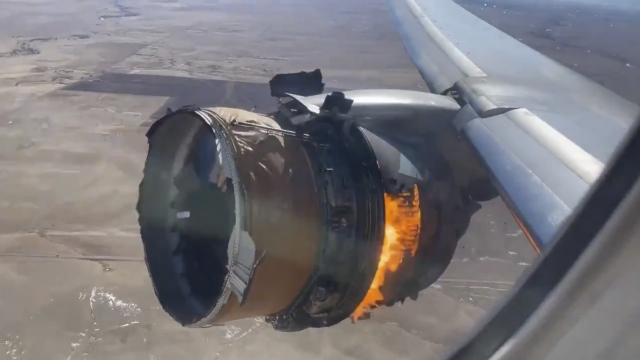 SMS
FAA Orders Inspections Of Some Planes Engines After United Fire
By Newsy Staff
By Newsy Staff
February 24, 2021
The agency ordered a thermal acoustic image inspection of at least 125 planes with a certain type of engine.
SHOW TRANSCRIPT

The FAA is ordering the inspection of at least 125 planes with a certain engine after one caught fire during a flight.

We're going to show you footage of the incident that sparked these widespread concerns.

The FAA now says the operators of the planes must conduct a thermal acoustic image inspection of the blades at the front of the engines before takeoff.

That technology can help show cracks in the engine that aren't able to be seen otherwise.