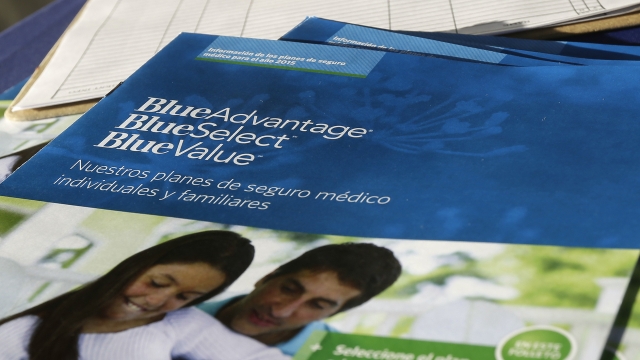 The largest minority group in America has limited access to health care. What causes these disparities?

Hispanics make up the largest and fastest-growing minority group in America, with more than 62 million Hispanics living in the U.S. Yet government agencies find significant gaps exist in Latinos' health care compared to other groups.

The Centers for Disease Control and Prevention says stigma, racism, poverty and limited access to health care drive these disparities. The pandemic only emphasized the imbalance.

Numbers from the Kaiser Family Foundation show Hispanics were more likely than White or Black Americans to be hospitalized or die because of COVID-19.

Research shows these same communities are among the least able to access the health care systems and unemployment benefits that could bring relief. And the problem often starts with where they live.

A 2021 McKinsey report found 42% of Hispanics live in underserved neighborhoods that don't have enough medical providers or lack services altogether. And 15% live in lower-income areas where supermarkets are hard to find, making healthier foods scarcer. Hispanics are among the poorest demographics in the U.S.  The 2020 U.S. Census shows Hispanics had a poverty rate of 17%. And about 21% of Hispanics carry medical debt.

Beyond economic obstacles, the National Academy of Sciences says many Hispanics also face challenges due to low levels of education and language barriers, making it harder to navigate a complex health system.

Pew Research data shows 58% of Hispanic immigrants prefer to see a Spanish-speaking doctor. All this can limit access to or awareness of available health care resources. That same survey found about half of Hispanic people in the U.S. said they've had a negative health care experience.

These types of barriers can lead Latinos, particularly newer immigrants, to low-paying industry jobs, according to the Center for American Progress. These are essential jobs such as construction and hospitality in which Hispanics make up most of the workforce. According to the Department of Labor, it put Hispanics most at risk for COVID-19 during the pandemic. And oftentimes, these jobs don't provide health care benefits.

Latinos of all ages were the least insured group in the U.S., according to the latest census.18% of Hispanic people were uninsured in 2020. Previous polls found the high cost of insurance and ineligibility for Medicaid were among the reasons for the lack of health coverage. Another factor is the lack of trust from some Hispanics towards government or official organizations.

Research from the Kaiser Family Foundation shows immigration policies and rhetoric have contributed to fears among immigrant families about seeking health care and coverage. Most recently the CDC said Hispanic people are more likely to get monkeypox, but less likely to be vaccinated — similar to COVID-19.

The Kaiser Family Foundation says the low numbers in vaccinations are due to several factors: accessibility, lack of information in Spanish and vaccine times that conflict with work schedules and documentation. But addressing these health care disparities for Hispanics is no easy task.

The CDC says it'll require efforts to knock down historical and present-day barriers to help a rapidly growing population.