AG Barr's Pushing Back On A Pretty Common Congressional Procedure 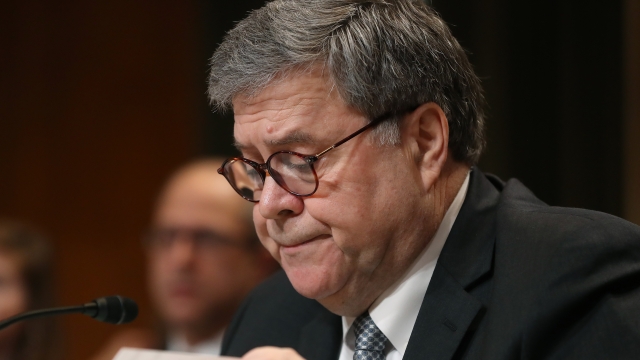 Attorney General William Barr is supposed to be testifying before the House Judiciary Committee Thursday. But that may depend on who's asking the questions. House Democrats want to use outside counsel to probe Barr, hoping to nail him on specifics relating to the Mueller investigation. But Barr doesn't want that and could refuse to testify if those parameters are required.

"It would essentially neutralize Congress as an investigative body," Alan Baron explained.

Baron served as outside counsel during the impeachment of four federal judges in the House of Representatives. He says it's not uncommon for other lawyers to be brought in during high-profile situations.

"It's no reflection of the usual counsel," he said. "It may call for special skills, special trial skills they may not have."

In fact, it was just seven months ago that Senate Republicans did just that. They used prosecutor Rachel Mitchell to question Christine Blasey-Ford, who was accusing then-Supreme Court nominee Brett Kavanaugh of sexual assault during his confirmation hearings. Baron says he doesn't think it worked well in that setting. But that it's been successful in others, including Watergate.

There is a virtue of getting experienced counsel in there who know how to follow up questions, suddenly get into a new area that wasn't anticipated.

The outside counsel, utilized by both Republicans and Democrats during the Watergate hearings, were able to get White House aides to admit President Richard Nixon knew much more than he'd been letting on.

Baron says though there is precedent, Barr may not want to answer to outside counsel because frankly, it would be easier to filibuster some members of Congress.

"It's very hard to drill deeply into a topic under those circumstances. Plus, you have the problem of congressman who may not be particularly really good at asking questions and follow-up questions," he said.

He says if Barr refuses to testify, House Democrats don't have much of a choice in how to proceed.

"From an institutional point of view, the House can't let him get away with it. They cant set a precedent that if someone says, 'I'm not coming,' you fold your tent and go away. They are going to have to pursue this vigorously, go to court, get a subpoena," he said.

"The process benefits. The country benefits."