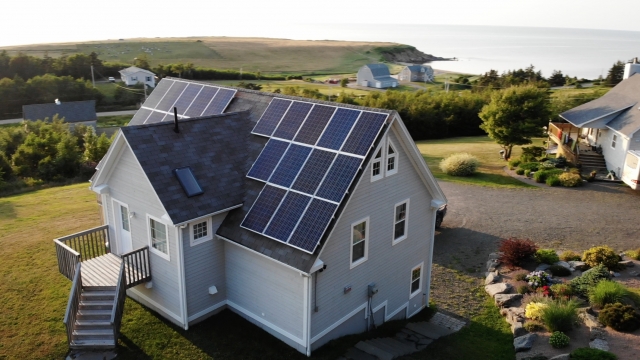 Most people buy solar panels to save money on electricity and help the planet, but end-of-life disposal is often an afterthought.

Many homeowners across the country are switching to solar energy, with more than 4 million installations expected in the U.S. by 2023.

The goal: save money on electricity bills and help the environment. But there’s one thing many owners fail to think about: end-of-life disposal. Even though solar panels -- also known as photovoltaic or PV modules -- can be recycled, researchers say many are ending up in landfills. Why? Recycling is expensive.

"A solar module might generate $2 in commodities after my company or a company like us spends somewhere between $15-25 to break that down," AJ Orben, vice president of We Recycle Solar, said.

According to the Resource Conservation and Recovery Act, solar panels are considered hazardous waste until proven otherwise. This can be determined through a toxicity test. If the panels pass the test, they can go to a regular landfill. If panels fail the test or aren't tested, they have to go to a hazardous waste treatment facility or a solar panel recycling center with a permit to handle those materials. These options are more expensive, though, than taking them to a local dump, which is why some people will still toss them at a regular landfill.

"As things continue to advance with photovoltaics being more and more installed, you're going to have a reduction in the recycling cost just because of economies of scale," NREL senior scientist Garvin Heath said.

But until that happens, owners have to pay more to get modules recycled. Heath says they don't want to see that material go to waste.

"We do want to recover those resources," Heath said. "We don't want to see them locked away in a landfill."

The International Renewable Energy Agency projects that by 2050, the world could see up to 78 million metric tons of raw materials and other valuable parts from solar panels reaching end of life. If these valuable resources are put back into the economy, it could bring in more than $15 billion.

In the European Union, solar panel manufacturers are required to recycle panels properly. There's nothing like that at the federal level in the U.S., so it's up to the states.

In 2017, the state of Washington passed a law that will require solar panel manufacturers to recycle all modules sold after a certain date.

OPEC comprises 13 countries including some of the world’s largest oil exporters.