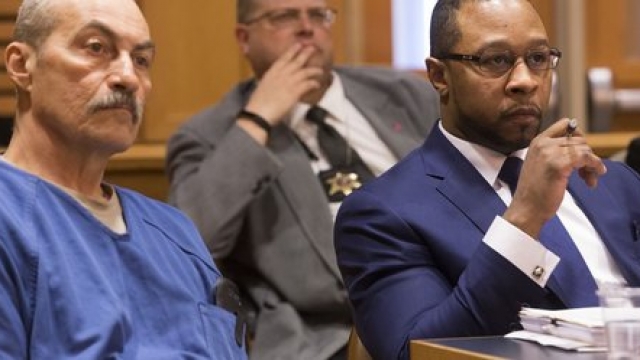 Some people have a knack for turning trials into triumphs. Jarrett Adams is the exemplar.

But after graduating high school, Adams took a trip away from home that would change the course of his life.

"Me and two of my friends, we got in the car and we went to a party in Wisconsin and we attended this party where we were falsely accused of a sexual assault of a white college student," he said. "And it just simply wasn't true. You know, our presence was invited. It was a consensual encounter. And it just turned into the historical depiction of young Black boys being thugs, not being able to be believed."

An all-white jury found Adams guilty. A judge sentenced him to 28 years in prison. He was 17 years old.

"To see things on Law and Order and to believe that that's real life as a kid. It is such a blow when you're sitting there and your life is on the line and you realize the TV is nothing like the real life criminal justice system in America," Adams said.

On average, 2% to 10% of people convicted are actually not guilty, according to the National Registry of Exonerations.

With more than 2 million incarcerated people in the U.S., that means between 46,000 and 230,000 innocent people are behind bars.

Adams found out police withheld a statement vindicating him and his co-defendants.

Unable to afford an attorney, he turned to the Wisconsin Innocence Project. They filed multiple appeals against the case. After seven years, in 2007 the court exonerated him.

"I couldn't turn my back on what I saw," Adams said. "And that was young, Black and brown men being directly ate up by the criminal justice system like a game of Pac-Man."

Adams earned his law degree in 2015. The next year, the Innocence Project hired him. By 2017, he launched his own law firm and non-profit, 'Life After Justice,' aimed at fixing the injustices he experienced.

The non-profit also offers mental health services for exonerees and advocates for legislation that works to prevent anyone else from experiencing what he did.

"In order for me to be able to do what I'm doing right now, people have to lose their lives. And that's exactly what happened," Adams said. "The depictions, the visuals that we saw from Selma. And when people were marching across that bridge and they were sprayed with water hoses and they were, you know, German Shepherds were sicced on them. And people lost their lives and were hung and were lynched because they wanted to try to vote — And voting meant that, you know, you could change things. So when I think about that, you know, how can I not do what I'm doing right now?"

"I never would have signed up to go through a wrongful conviction just to become a lawyer," Adams continued. "But I believe that I went through that to prepare my hand for the torch that my ancestors passed from the civil rights era."