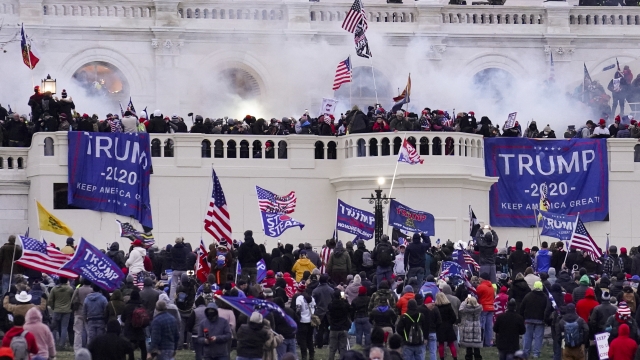 By Sasha Ingber
March 5, 2021
Among documents Newsy obtained is a Jan. 5 communication stating "nothing signficant to report." A senior DHS official testified it couldn't be found.
SHOW TRANSCRIPT

A question lingering since Jan. 6: What went wrong in the days leading up to the Capitol insurrection?

Police said they received just one email warning from the FBI ...

"I would think that something of that nature would rise to the level of more than just an email," said Robert Contee, chief of DC Metropolitan Police Department.

... the evening before the attack.

But Newsy has learned that there was in fact another communication — from the intelligence division of the Department of Homeland Security. Only this one completely missed the threat, and a top DHS official cast doubt on its existence in a recent Senate hearing:

"We have heard of that report," testified Acting Under Secretary Melissa Smislova, of the Office of Intelligence & Analysis. "That we sent, supposedly sent out, that said nothing significant to report. And we cannot locate that. So I have no idea where that notion came from."

"Can you follow up with us on that report to see if you can find it or where we got that impression?" Sen. Jacky Rosen asked.

"We've looked, ma'am, for a while," Smislova said.

Well, here's the communication — which Newsy obtained — clearly stating, "nothing significant to report."

So how did the Department of Homeland Security's intelligence unit miss all the signs before the deadly insurrection? We spoke with current and former DHS officials to try to find out.

One of its main tasks: Monitoring social media to gather information on potential domestic violence. But that changed last summer, after protests in Portland. The office was accused of compiling intelligence reports on U.S. journalists covering the unrest.

"The question has been, can and should the government review such information in order to discern whether somebody might be plotting an attack?" Neumann said.

Newsy obtained intelligence reports on Americans. But after Portland, the reports often shifted to foreign groups. In other words, DHS took an eye off of domestic terrorism.

The day rioters stormed the Capitol, the center was looking at Iranian hackers and Hezbollah. But some national security leaders say anything Americans share on social media is fair game.

"Open-source intelligence is incredibly important to our ability to know what the hell's going on," says former CIA Director and Defense Secretary Leon Panetta. "And that doesn't violate any rights. That just is being smart."

Even if analysts had warnings to provide, former Homeland Security officials say they likely would have held them back. They had learned after the election to be cautious reporting anything that could be seen as critical to Trump and his supporters.

More people have been killed by domestic violent extremists than foreign terrorists in recent years. Experts say Jan. 6 marked the start of a new era.

"The result is we have to go to war against domestic terrorism," says Panetta.