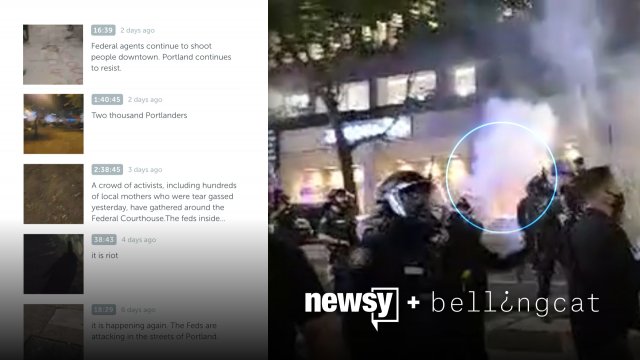 A Newsy analysis of Bellingcat footage from Portland finds more than 50 uses of tear gas from federal agents in the last three weeks.

Protests over police brutality in Portland have taken place daily for more than 50 days. They started after George Floyd's death at the hands of Minneapolis police officers in late May and have mainly taken place here in downtown Portland near a federal U.S. District Courthouse and the Multnomah County Justice Center, which houses the Portland Police Bureau's chief headquarters.

This is an investigation into the use of tear gas by federal police at these demonstrations. Bellingcat's Robert Evans, who has been following the protests since day one, wrote about the origins of the protests and why they may be a bellwether for things to come here.