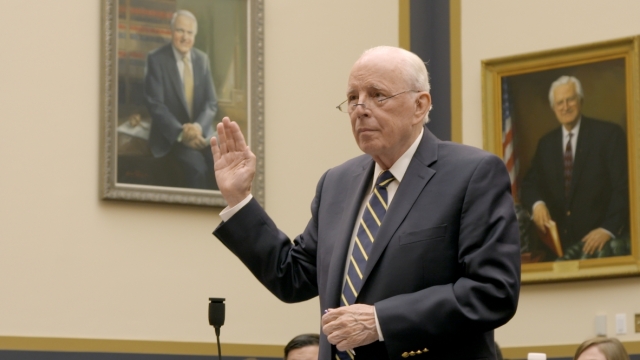 Nearly 45 years after his game-changing testimony during Watergate, former White House counsel John Dean was back before the House Judiciary Committee, this time discussing the Mueller report. Some Democrats hope it will be just as impactful.

Democrat Steve Cohen, a member of the committee, told Newsy exclusively this hearing is directly tied to impeachment.

"It's very similar to Watergate, and it's an entire administration that's been involved in hiding things from the American public that are impeachable offenses," he said.

We asked him if this is a preface to an impeachment inquiry. He responded simply, "Yes."

"We're on the road to impeachment. We only get one shot, though, if we go that way," Swalwell said. "I want to get it right, and I want to make sure the American people understand what's at stake."

"You need to figure out if you want to open an impeachment inquiry or not," said Republican Judiciary Committee member Matt Gaetz.

Republican members are questioning Dean's sincerity and credibility. After all, Dean himself pleaded guilty to obstruction of justice before becoming a witness for the prosecution.

"How many American presidents have you accused of being Richard Nixon?" Gaetz asked.

"Those who do act like him, I point it out," Dean said. "It's not by choice that I've done all this, it's that I've been dragged into it."

"It's surprising to hear Republicans discount John Dean. Dean was the lead staffer for the House Judiciary Committee before he became the lead attorney for a Republican White House. So it's just like with Michael Cohen or others, how quickly they throw them overboard as soon as they go against them," said Congressman Swalwell.

"It's very important to show what this all means, that it's been done before and that we're not helpless when a president acts lawless. That there's ways to hold him accountable."

Still, House Speaker Nancy Pelosi is opposed to impeachment proceedings, saying she'd rather see President Trump out of office and "in prison."