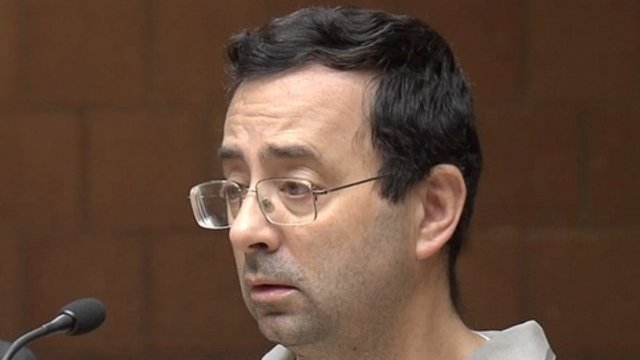 Sports doctor Larry Nassar has been sentenced to 60 years behind bars over federal child pornography charges.

Prosecutors originally asked for that exact sentence for Nassar. He pleaded guilty to three child pornography-related charges back in July.

This is the first of three prison sentences Nassar faces.

He has been accused of sexually assaulting dozens of women and girls, including Olympic gymnasts Aly Raisman, McKayla Maroney and Gabby Douglas.

He worked with USA Gymnastics and Michigan State University for nearly three decades before he was fired.