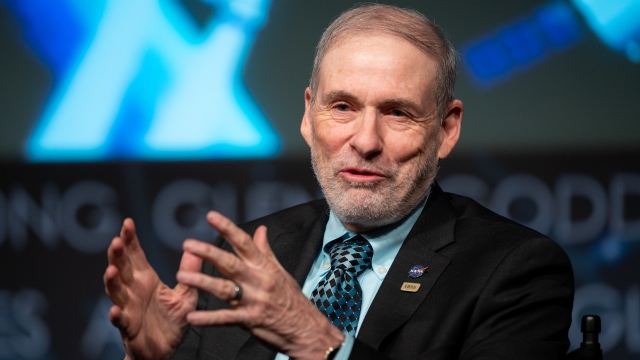 SMS
Ex-Head Of NASA Human Spaceflight: I Did The Job The Best I Knew How
By James Packard
By James Packard
May 22, 2020
In his first TV interview since stepping down, Doug Loverro tells Newsy his resignation was not tied to the upcoming launch of SpaceX's Crew Dragon.

Days before the scheduled launch of the first astronauts to leave U.S. soil since the Space Shuttle program, NASA's head of human spaceflight resigned. His reasoning was vague.

Newsy spoke to Doug Loverro in his first TV interview since resigning. He was cautious in describing the reason he left. But when asked if his departure had anything to do with a recently announced audit of the contract-gathering process for NASA's moon mission, which he oversaw, he told Newsy it was routine.

"Every year the [Office of Inspector General] decides to go ahead and look at one of many programs throughout NASA, and on their list this year was that audit," he said. "That audit has nothing to do with with my resignation." 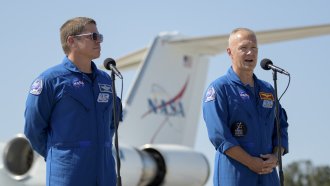 In a farewell letter to employees, Loverro said he had taken an unspecified "risk" earlier in the year, "because I judged it necessary to fulfill our mission. Now, over the balance of time, it is clear that I made a mistake in that choice for which I alone must bear the consequences."

Reports, unconfirmed by Newsy, suggest he rushed the process to get the moon mission, dubbed Artemis, off the ground. When pressed on weather he spoke to a specific company about their bid for the Artemis program, he said, "I'm not going to comment on what I may or may not have done."

"I don't want to go through 20 questions, figuring out what's true and what's false," he said.

But his departure has raised eyebrows in the industry and on Capitol Hill. Rep. Kendra Horn, who serves on the House Committee on Science, Space and Technology, said the resignation was concerning.

"Under this administration, we’ve seen a pattern of abrupt departures that have disrupted our efforts at human space flight," she said.

Loverro is being replaced by Ken Bowersox, who was his deputy.

"I did the job I was asked to do in the best way I needed to do it, or knew to do it, while I was here, and I left it in a better position than when I got here," Loverro said. 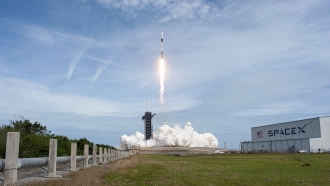 He made it clear his departure has nothing to do with next week's launch of SpaceX's Falcon 9 rocket, which will take two NASA astronauts to the International Space Station.

"It's exciting," Loverro said. "Everybody is absolutely looking forward to this."

The launch is the culmination of years of negotiations to figure out how commercial companies can help send astronauts back to space.

It could well be a proving ground for SpaceX, the first in its class to launch humans. If things go well, SpaceX is on track to be a big part of NASA's big ambitions for the coming years.

"Low Earth orbit first," Loverro said. "And then, under the Artemis program, we'll extend it to the moon. Hopefully, we'll do resource mining and we'll do other other exciting things and then eventually to our neighboring planet of Mars."

Loverro leaves NASA after well under a year on the job. He told Newsy he's not sure what he'll do next, but he's hopeful NASA will succeed.

"I think America is on a rise again when it comes to space," he said. "It's exciting because it creates generations of people who then could look up at the stars and say, 'I could get there, too.'"