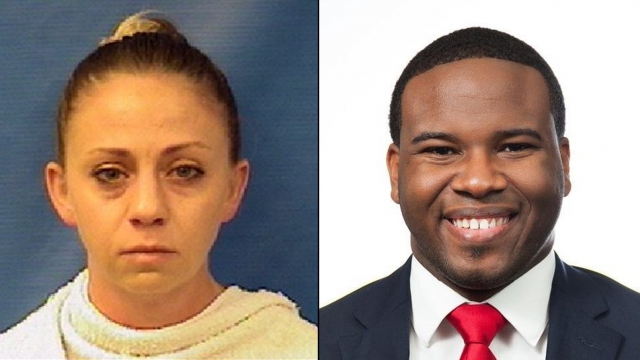 SMS
Ex-Dallas Police Officer Guilty Of Murder In Shooting Of Botham Jean
By Caitlin Baldwin
By Caitlin Baldwin
October 1, 2019
The jury, tasked with deciding if Amber Guyger's use of deadly force was reasonable, deliberated for less than 24 hours.
SHOW TRANSCRIPT

Guyger fatally shot Botham Jean in his apartment in September 2018. Guyger said she mistakenly walked into Jean's apartment thinking it was her own, and thought he was an intruder.

The jury, tasked with deciding if Guyger's use of deadly force was reasonable, deliberated for less than 24 hours.

The judge allowed the jury to consider the Texas castle doctrine that says a person has the right to defend their home with lethal force. Guyger wasn't in her home, but the defense team argued the law should stand because she thought she was.

Prosecutors argued there is no way Guyger could have missed a number of signs that she was at the wrong apartment, like walking up an extra flight of stairs and not seeing Jean's red doormat on the ground.

Guyger's conviction carries a sentence of up to life in prison.