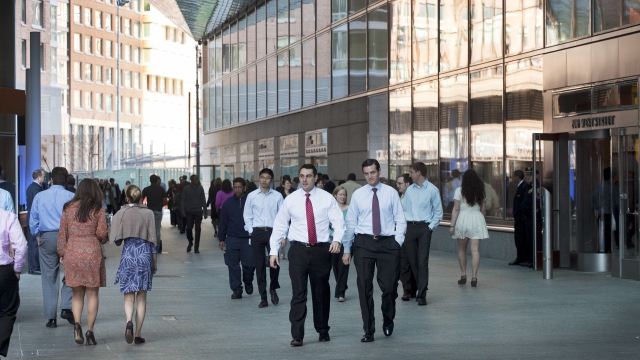 SMS
The Evolution Of Dress Codes In The Workplace
By Newsy Staff
By Newsy Staff
September 22, 2022
Since the pandemic, dress code within companies has changed, as well as the decline in revenue from men's suits.

Lately, a lot of major companies are rolling out requirements for employees to start coming into the office, which a lot of employees aren't too thrilled about. A major point of contention? What we have to wear.

Many Americans who have been working from home have traded in pencil skirts and blazers for the casual comforts of home or maybe a nice shirt for zoom, but casual shorts.

But the truth is, this isn't actually a new development thanks to the pandemic. U.S. revenue for men's suits declined from $2.2 billion in 2013, to $1.9 billion in 2018. And to look even further back, an estimate in 1948 from a clothing manufacturers association put that revenue at $12.5 billion with inflation.

The pandemic may have accelerated the trend, but the decline in formalwear has been going on for decades now.

In the mid-20th century, formalwear was not just an office staple. For both men and women, suits and hats were the standard for everyday activities: from shopping for groceries, to going to the movies, to watching sports games.

But major fashion trends in the '60s and '70s opened the door for more variety within formalwear, especially as new styles were being seen on television. 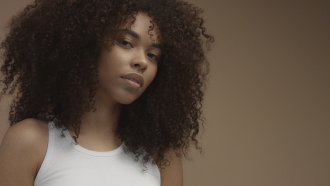 Colorful power suits and trousers were in, and outfits that could be worn both to the office and after work drinks were seen as more practical and fashionable. It was what Esquire Magazine called "the rise of loose-collar culture."

Soon, the rise of casual wear would become unstoppable, thanks to the khaki pants and button-down collared shirts in Silicon Valley.

The '80s and '90s saw the invention and rise of "business casual" what this 1995 article from the Chicago Tribune declared was a "confusing" new world. Silicon Valley already embraced a culture of rule-breaking, and creativity, and risk over conformity.

The rise of "athleisure" clothes during the past couple of decades, like yoga pants and workout sneakers, coincided with this. By the time we reach the 2000's, formalwear was confined to only certain industries, and outside the office could be seen mostly during special occasions like weddings.

Though it's worth noting, not even traditional industries might be so strict on the suit much longer. In 2019, Goldman Sachs infamously relaxed their dress code to "business casual."

Some fashion experts have noted that the cultural implications of formalwear have been transferred to some areas of casual dress.

Being able to work remotely, and thus dress casually, is more common in white-collar industries. One could argue there's a new flex of status with high-end athleisure brands like Lululemon, or streetwear from luxury brands like Gucci.

Changes in culture shape our changes in fashion, and we can trace those changes through our decline in formalwear.