Eviction Moratoriums Are Pushing Small Landlords To The Brink 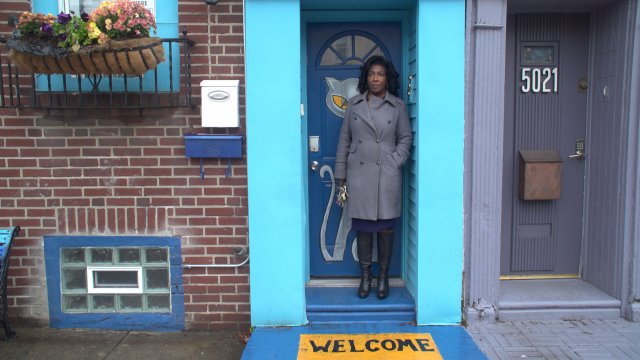 With few safety nets in place, small landlords are calling for help as eviction moratoriums threaten their incomes.

Wanda Walker is a small "mom and pop" landlord in Philadelphia. She said she’s feeling the burden of eviction moratorium.

"Six months, a year of someone not paying rent at $700 or $800 or $1,000," she said. "The tenants not paying rent and leaving with a balance owed leaves me with money not in my hand to pay for repairs, pay the mortgage, pay for my child's school."

She owns three rental properties and says three tenants are four months behind in rent. She said she's scared.

"We're in fear of losing our building because we can't get rent and we can't pay the taxes that they're still expecting us to pay."

According to a recent survey from Avail, a platform that helps mom and pop landlords manage their properties, 37% of landlords said they expect to face an increased financial burden due to the national eviction moratorium.

"The problem with this small mom and pop landlord space is that it's very fragmented," said Jung Choi, a research associate at the Urban Institute. "There's not really a comprehensive universal policy to help them kind of weather this crisis."

Nationwide, about 40% of  rental units are owned by individual investors rather than companies. And about 30% of landlord households have low to moderate income of less than $90,000, according to a Brookings analysis of data from the Federal Reserve.

Cities and states across the country are piecemealing rental assistance programs, but they primarily focus on helping tenants, not landlords.

"I would like to see, going forward, any type of help that they're giving to go to the landlord," said Walker.

There are continued calls for the federal government to do more through additional CARES Act funding.

"Black and Hispanic landlords, they're more likely to own two-to-four-unit properties," said Choi. "Those tenants are most likely the most vulnerable to the impact of COVID-19 on their job situation. So that is actually imposing a greater financial distress on those landlords of color."

Making Black and Hispanic landlords more vulnerable to investors looking to buy their property to fix up and sell at higher costs.

"I'm getting calls: three, four, five a day," said Walker. "I had someone show up at my house to offer me cash money for one of my properties. And yes, I have, I've thought of selling everything."

But she believes in the importance of generational wealth and doesn’t want to see people like herself squeezed out of property ownership.

"Every single property I bought, except for the first one, I had it earmarked to one of my three children," said Walker.

Even with the eviction bans coming to an end, Walker says the financial damage has already been done. She’s not confident things will get much better.

"I really don't believe that I am going to get help, until I see it," said Walker.

Angela M. Hill is a national investigative producer with the Scripps Washington Bureau, where she reports and produces national stories. Prior to joining Scripps, Angela was a producer with the investigative unit at ABC News network in New York. There she reported and produced stories for "World News Tonight," "Good Morning America," "Nightline," "20/2" and ABCNews.com. She has won two Emmy Awards, two Peabody Awards, a George Polk Award, an Edward R. Murrow Award and others. Angela holds a Master of Arts in journalism from The City University of New York's Graduate School of Journalism and a Bachelor of Science in business administration from Georgetown University. Angela can be reached at angela.hill@scripps.com. @AngelaMHill