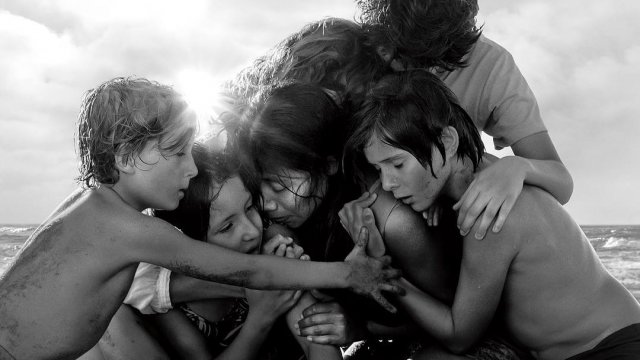 "Roma" is said to be the most personal film from critically-acclaimed director Alfonso Cuarón.

"Roma" was one of the biggest films of 2018, and it's surprisingly hard to read about it without seeing the word "masterpiece" attached.

But what does that phrase even mean in the context of film? What makes this black-and-white film so "masterful," and why do critics keep hyping it up?

To answer that question, let's hear what its director has to say first.

["'Roma' is very personal to me. Much of it is based upon my memory. It's a film about the family, a city and a country. But ultimately, it's about humanity."]

Alfonso Cuarón, a director whose work includes "Gravity" and "Children of Men," described his latest film as autobiographical — he even went so far as to use original furniture from his childhood homes and to cast actors who looked like the real people in his life.

That sense of "expressive realism" is a big part of Cuarón's cinematic style, and it's really noticeable — almost uncomfortably so — in scenes that take place in outer space, a post-apocalyptic society and even the world of Harry Potter.

Seeing that realism carried out in an autobiography was bound to allure critics and fans. ["I wanted to make a film that was both intimate and universal — a film that speaks to everyone."]

The "Killing Eve" star took home the prize for best actress in a television drama Sunday.

The film is about the relationship between a maid and the middle-class family she works for, and it takes place in 1970s Mexico City.

Critics have described it as feeling ordinary, but also visceral and touching. Less positive reviews described "Roma" as beautiful but "largely uninteresting" and possibly too personal for general audiences.

Because of that response, it's likely "Roma" will finish off its run as another artistic "auteur" film winning a lot of awards. It's already won the Golden Globes for best foreign language film and best director, and it's one of the front-runners for the 2019 Academy Awards.

But unlike many other films of the genre, "Roma" has a pretty sizable and non-traditional distributor: Netflix. That means subscribers can easily watch the film in the comfort of their own home, and Cuarón says that partnership with the streaming company allowed "Roma" to have a longer release in theaters. That's rare for foreign films — especially those featuring unknown actors.

It's unclear how much the movie has made since it was released in theaters — and that's because Netflix doesn't typically release that information.

Box office experts estimate the film opened to around $30,000-$40,000 per theater. That's not a huge amount compared to mainstream films, but for foreign language indies, it's among the best in the business.