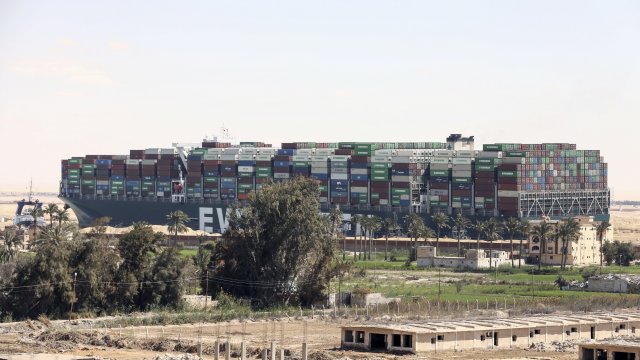 A large container ship that's been blocking traffic in the Suez Canal since Tuesday has been set free.

Rescue teams used tugboats to help dislodge the Ever Given.

The ship is now being pulled toward the middle of the waterway, where it will undergo a series of inspections.

The obstruction over the past week has disrupted the global supply chain, holding up at least $9 billion in trade every day. And more than 360 other vessels have been waiting to pass through the canal.

Egypt, which owns and operates the canal, has reportedly lost millions of dollars in revenue due to because of the stoppage in traffic.