Even SpaceX Didn't Expect Its Rocket To Land This Time, But It Did 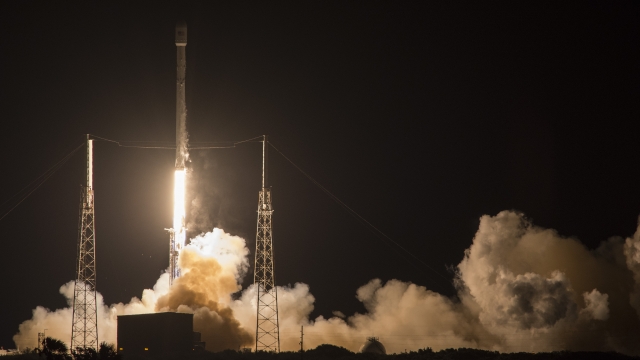 SMS
Even SpaceX Didn't Expect Its Rocket To Land This Time, But It Did
By Ben Lawson
By Ben Lawson
May 6, 2016
Elon Musk isn't afraid to gloat after SpaceX's Falcon 9 rocket made a difficult landing.
SHOW TRANSCRIPT

SpaceX has landed a rocket on a floating barge in the ocean for the second time.

Before its first successful landing in April, the company tried and failed multiple times to perch a Falcon 9 rocket on a barge. The company didn't expect things to turn out differently this time.

That's because of the circumstances surrounding this mission. This one placed a Japanese communications satellite into a very high orbit. Because of the destination, the rocket's re-entry was a lot faster and a lot hotter than previous landing attempts.

SpaceX CEO Elon Musk gave a successful landing "maybe even" odds but didn't seem too worried about the potential for failure. He said the team would learn a lot either way.

Musk jokingly tweeted his company "may need to increase the size of [the] rocket storage hangar."

SpaceX is aiming to commercialize spaceflight, and being able to land and re-use rockets would save a ton. It currently costs NASA about $10,000 per pound to put something into orbit. SpaceX says it can do it for less than $4,000 per pound, even for high orbits.

All of these efforts are eventually supposed to lead to sending a rocket to Mars by 2018.

This video includes clips and images from SpaceX.